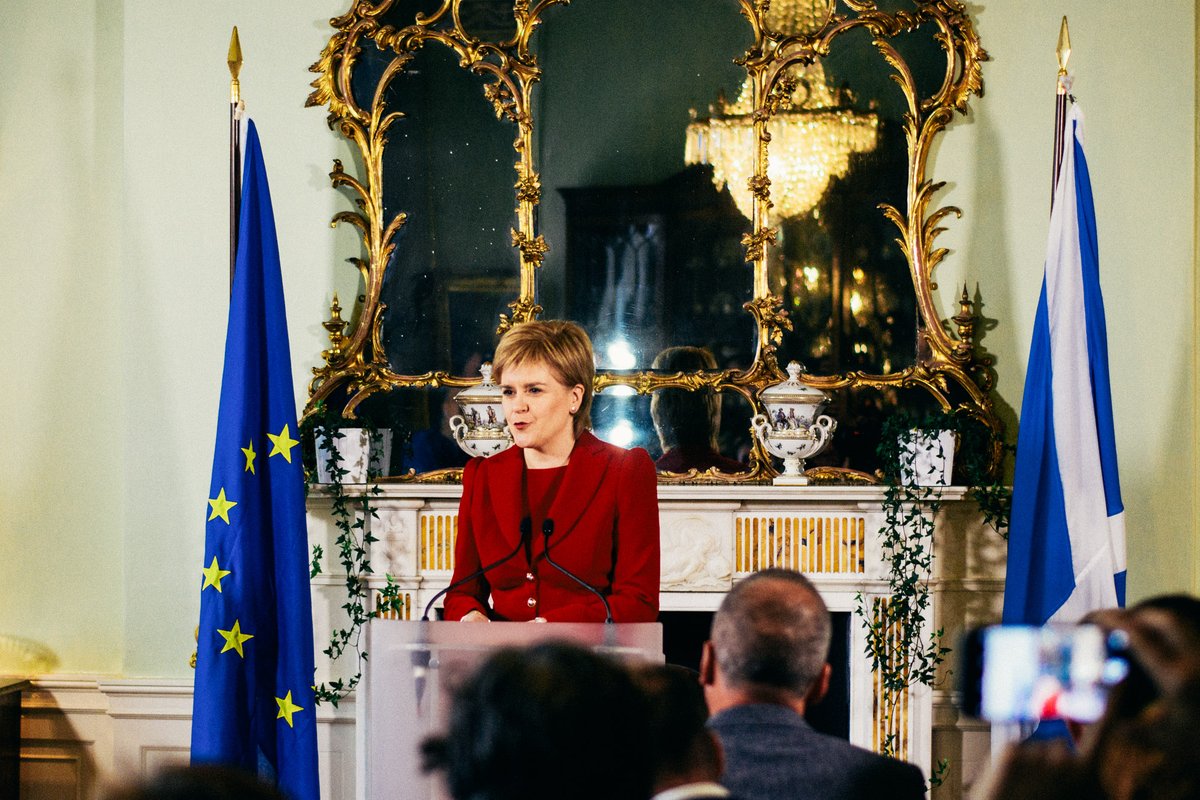 Brexit was a game-changer for Scottish independence — Scottish National Party

The COVID crisis has reminded us like never before of our common humanity as countries around the world face the same enormous human security challenge.

With the development of vaccines – in itself an amazing collaborative international project – we can now look forward to better days. And as we begin the process of rebuilding our economies and societies, that same collective spirit will be more important than ever.

Unfortunately for those of us in Scotland, we are at the same time at the forefront of a very different project, driven by very different values: Brexit.

The overwhelming majority of Scots voted to stay in the EU.

It’s not surprising. The founding values ​​of the EU — human dignity, freedom, democracy, equality, the rule of law and respect for human rights — are the values ​​of Scotland.

In our almost 50 years of membership, we have benefited enormously from the ‘four freedoms’ of the single market, including freedom of movement.

Over 230,000 people from across Europe call Scotland their home. They are part of who we are, they are our friends and family and we really want them to stay.

And in turn, I think Scotland has contributed a lot to wider European goals.

Indeed, given the big challenges, apart from COVID, facing the EU, such as the climate emergency and building a much more inclusive ‘wellbeing’ economy, Scotland has a lot to offer.

On climate, for example, we have about a quarter of Europe’s offshore wind and tidal potential.

In the Brexit vote in 2016, the UK as a whole of course voted to leave the EU despite the strong vote to stay in Scotland.

Recognizing the different preferences in the different countries of the UK (with Northern Ireland as well as Scotland voting to stay and England and Wales voting to leave), the Scottish government offered a compromise.

This would have meant that the UK would leave the EU but remain in the single market, but this offer of compromise was rejected out of hand by the UK government, which then wanted, and still wants, a more distant relationship for reasons that he could never explain.

We now face a hard Brexit against our will, at the worst possible time amid a pandemic and economic downturn.

This will mean short-term disruption, while setting new long-term obstacles.

Our citizens will be less safe and their right to work, study and live elsewhere in Europe will be restricted. This includes the loss of Erasmus which has seen over 2,000 Scottish students, staff and learners use the program each year.

It is therefore not surprising that a constant majority of Scots now say they are in favor of independence.

Scotland, like all nations, is unique. The same can be said of our constitutional situation.

The UK is a voluntary union of countries, in which Scotland has its own separate legal and education system, and a government and parliament responsible for a range of internal affairs, such as health and the environment , but not currently – as Brexit has made plainly exposed – issues such as international and European affairs.

The idea of ​​Scottish independence was never about separatism. Rather, it is the right of the people to decide what form of government best suits their needs.

This right has never been more important given the threat Brexit poses to the internationalist and welcoming European ethos of so many in Scotland.

We are comfortable with multiple identities and the other countries of the UK will always not only be our closest neighbours, but also our closest friends.

But for too long successive UK governments have led Scotland in the wrong direction, culminating in Brexit and the introduction of legislation that threatened to breach international law and still undermines the Scottish Parliament.

It’s no wonder so many people in Scotland are fed up.

We are embarking on a legal and constitutional path to becoming an independent state.

As an independent member of the European Union, Scotland would be a partner and a bridge builder – not just a bridge to building a stronger economy and a fairer society, but a bridge to facilitating understanding between the EU and the UK.

More and more Scots believe that our aspirations can be better met by continuing to contribute to the common effort and solidarity that the EU represents.

Because of Brexit, we can now only do that as a fully independent member state.

We have been part of the European Union family of nations for almost 50 years.

We didn’t want to leave and hope to join you soon as an equal partner as we face the opportunities and challenges of the future together.