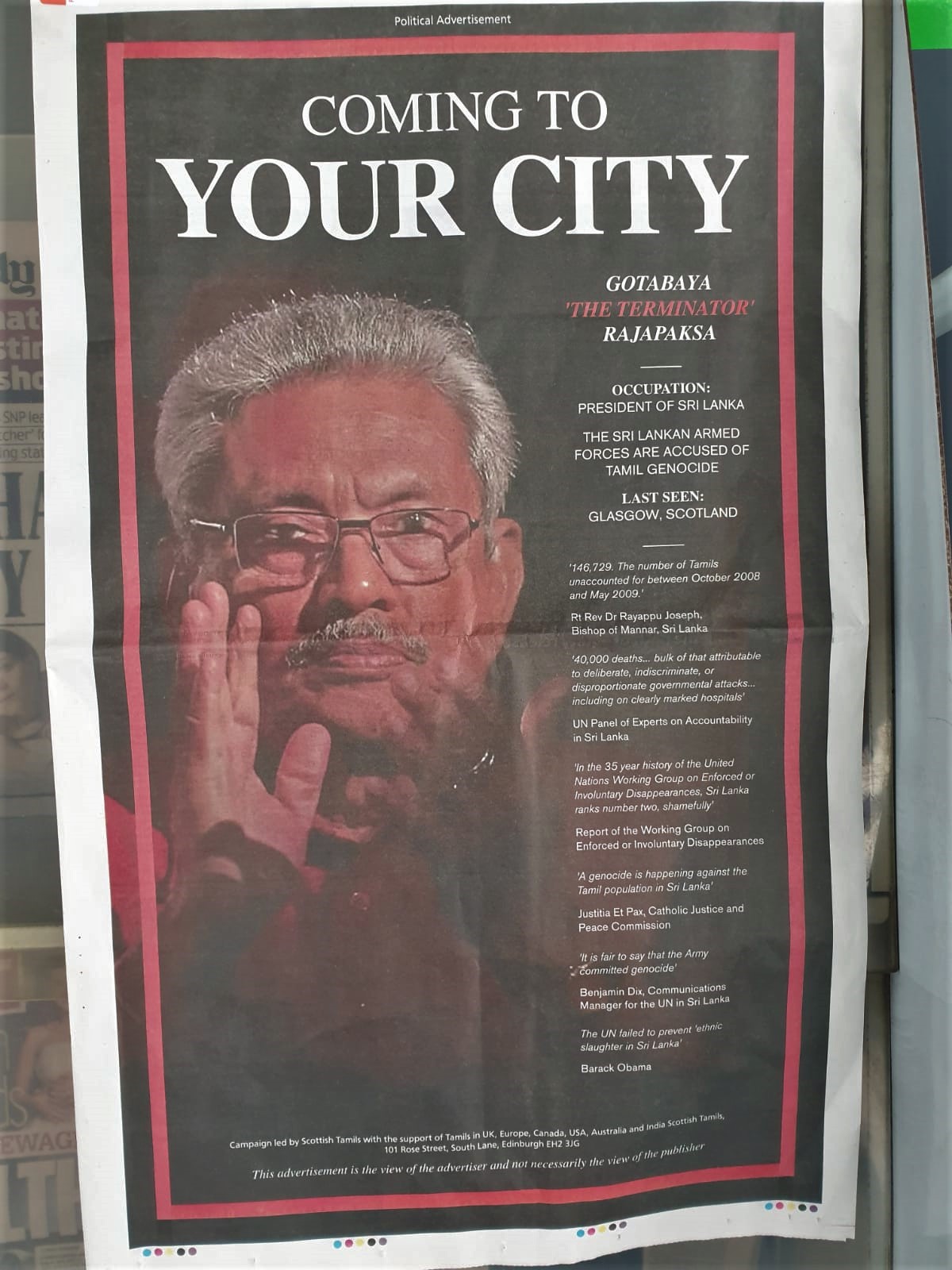 ‘Gotabaya Rajapaksa is coming to your town’, warns an advert in a national Scottish newspaper

A full-page ad in The Herald this morning warns the people of Scotland that Sri Lankan President Gotabaya Rajapaksa, who is credibly accused of war crimes and genocide, will be coming to Glasgow next week.

The announcement, part of a campaign led by Scottish Tamils ​​with the support of other Eelam Tamils ​​around the world, goes on to state that Rajapaksa, who has been dubbed “The Terminator”, and the armed forces Sri Lankans are accused of being Tamils. genocide.

The Herald, which is the world’s oldest national newspaper and the eighth oldest daily newspaper in the world, is one of Scotland‘s most widely circulated newspapers. The campaign runs in the print edition, as well as on the website. 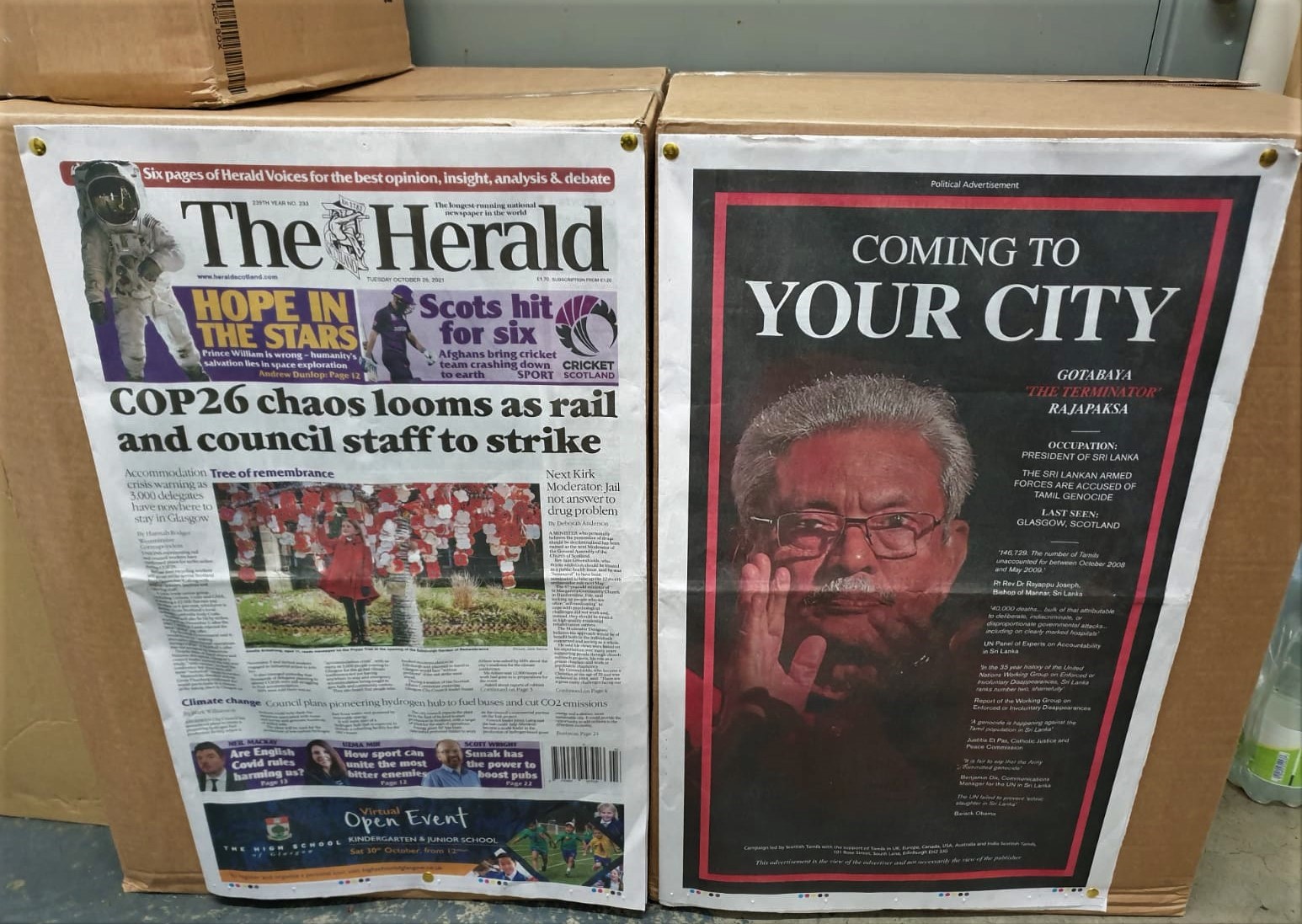 “We want to send a message to Rajapaksa and others like him that the people of Scotland will never allow war criminals to set foot in our country,” said Malathy, one of the campaign organizers.

“If Rajapaksa chooses to come here, he should be ready to face the full force of our campaign for justice, accountability and legal action.

Protests are planned in Glasgow next week as Rajapaksa travels to the UK for the first time since taking office to attend the 2021 UN Climate Change Conference, also known as COP26 .

Rajapaksa previously served as Sri Lanka’s defense secretary and oversaw a military campaign that saw hospitals bombed and tens of thousands of Tamils ​​killed. He has repeatedly vowed not to prosecute those accused of war crimes, including high-ranking military generals and his older brother Mahinda Rajapaksa, who is currently Sri Lanka’s prime minister.

“Our fight for justice will never end until every Sri Lankan war criminal is held accountable and our people finally have access to justice, freedom and liberation” , added Malathy.

See the full announcement below. 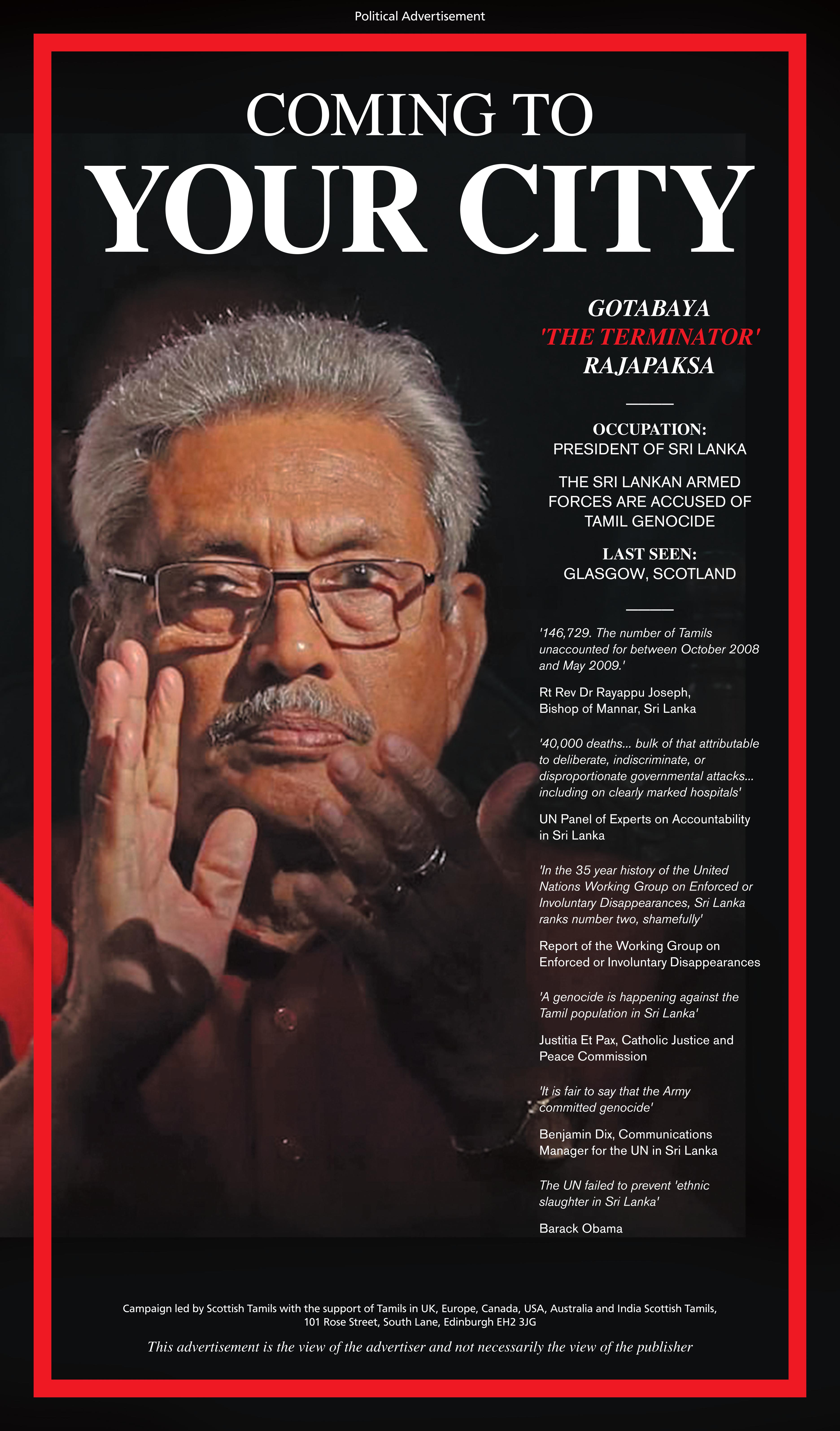