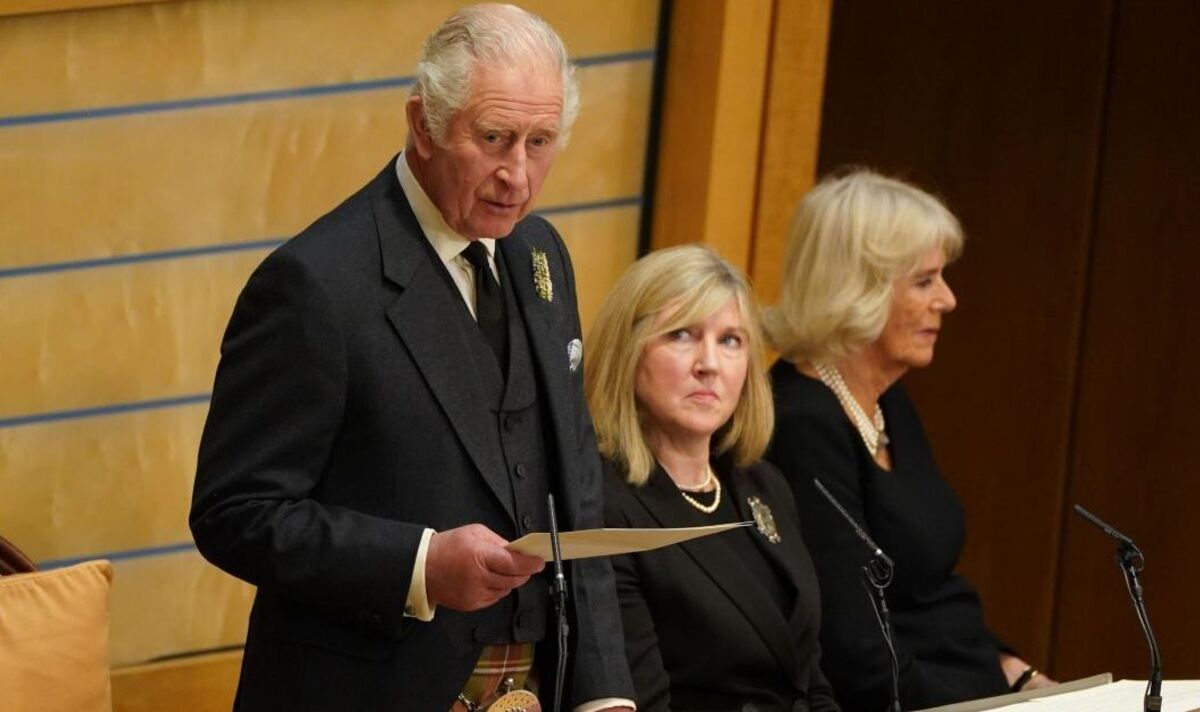 Every corner of the UK has been rocked by grief after the Queen’s death, including Scotland.

The affection the people of Scotland held for the late monarch is evident to anyone who has watched the footage of the thousands of people viewing the Queen’s coffin as she journeys down the Royal Mile in Edinburgh.

It was a mutual affection and it’s no surprise the Queen stayed in her beloved Balmoral as her health declined.

The new king inherited his mother’s love of the Scottish countryside and regularly retired to his Birkhall estate.

But he faces the real threat of Scotland breaking away from the rest of the UK under the Scottish National Party‘s latest push for independence.

Away from the 2014 independence referendum ending the question for a generation, Nicola Sturgeon wants another chance now.

In a speech to the Scottish Parliament as the King watched, Ms Sturgeon promised Scotland “stands ready” to support him in his public service.

The Prime Minister called his mother the ‘Queen of Scotland‘ and paid tribute to her ‘extraordinary heritage’.

Its MPs insist that King Charles III would remain head of state for an independent Scotland.

But it’s hard to see how that position would hold up in the decades to come if a dissenting bid were successful.

The SNP’s latest attempt to break away from the rest of the UK was something the Queen said she thought voters should ‘think very carefully about’.

David Cameron was filmed claiming the Queen ‘purred’ when he phoned her to tell her Scotland had voted no to independence.

The UK government says it is too early for another national ballot, but the Prime Minister is challenging that in court.

Polls have tightened in recent years over whether Scots want to leave and traditionally have also been more ambivalent about the royal family.

But in times of domestic and international turmoil, leaving many feeling unsettled by the challenges ahead, the monarch represents stability and certainty.

The end of the Elizabethan era and the beginning of the Carolean era is a smooth transition.

Scotland has been at the center of this process, a demonstration that while some Scots think Westminster and its politicians are distant, the UK’s monarchs are anything but.

Hundreds of thousands of Scots turned out to pay their respects as the Queen’s funeral procession traveled to Edinburgh from Balmoral.

He hopes that the ties that bind the UK together, with the monarchy at its very heart, will make voters “think very carefully” if they are asked a second time to reconsider independence.