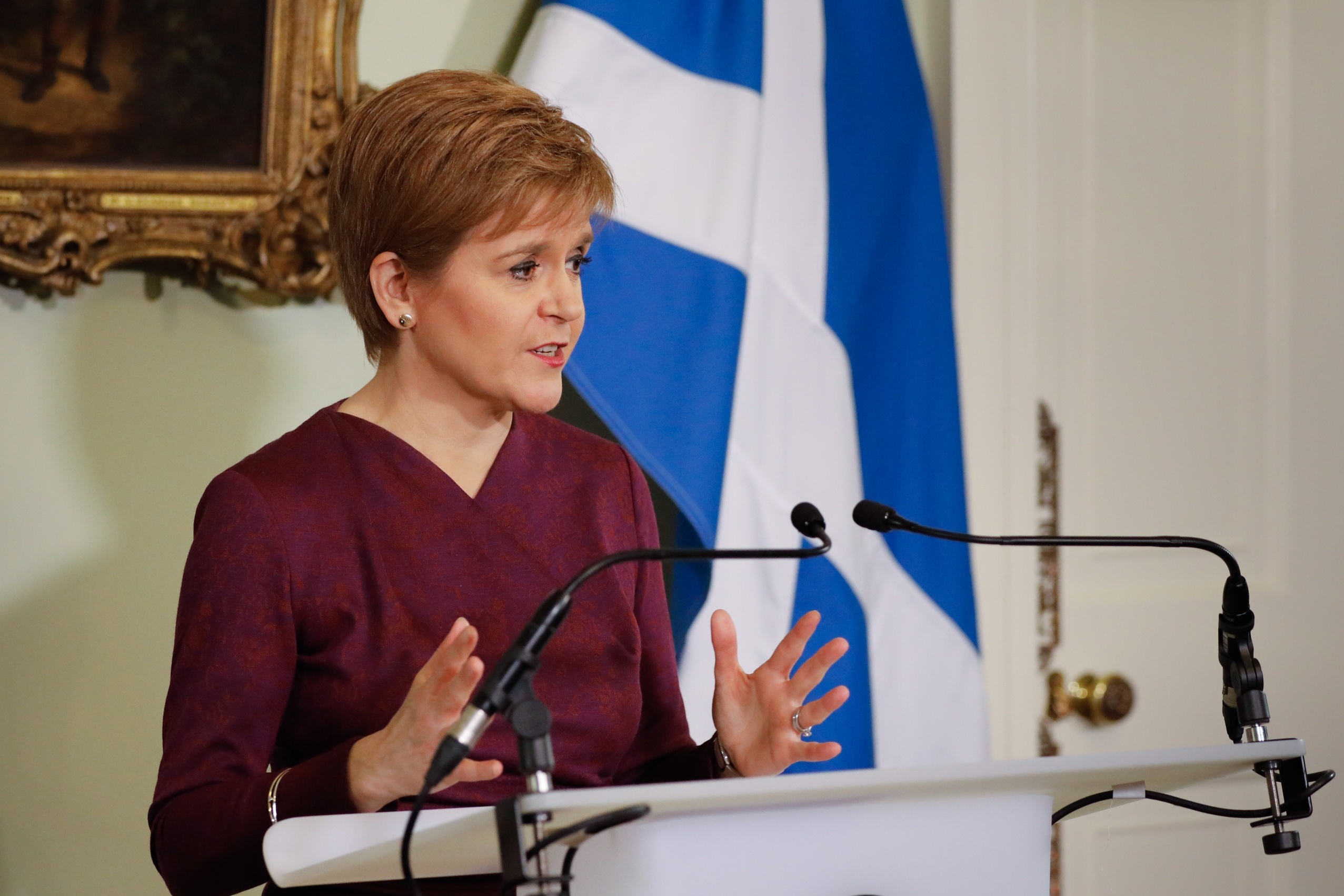 I want to start on a positive and uplifting note. Just over a week ago, we saw Team GB men’s curling win a silver medal at the Beijing Winter Olympics.

It was a tense final and the team made themselves proud and we are all proud. And then a few hours later we saw the women’s team – led by Eve Muirhead – claim gold in what was a truly impressive performance. My warmest congratulations to both teams.

Eve Muirhead, in particular, is well on her way to becoming one of the world’s biggest personalities in her sport. She is a shining role model for women and men in the sports world.

Indeed, I am sure the success of both teams will now inspire many young men and women to take up Scotland‘s other ‘national sport’, which was first played here over 500 years ago. .

This is as far back as the history of curling goes in Scotland, and we have helped export it to other parts of the world where it is played now.

In fact, all the curling stones used in the Winter Olympics originated in Scotland – on the island of Ailsa Craig, which I loved to watch from the window of my grandmother’s house in Dunure when I was very small.

In really tough times, our Olympic curling teams have given us all something to smile about, and we should all be grateful.

Unfortunately, other news in recent days has not been so positive.

First Minister Nicola Sturgeon has said ‘words of support are not enough’ as ​​the Scottish government announces it will provide financial aid and medical supplies to Ukraine. https://t.co/4kdgZ8LaWw pic.twitter.com/Dsq5pUdlfR

Thursday morning we woke up to the terrible news that Russia had invaded Ukraine. This is an illegal and unprovoked attack, which creates a reality that we all hoped had become unthinkable: war in Europe.

The Scottish Government condemns in the strongest terms Putin’s invasion of a sovereign, independent and democratic neighbour.

This is arguably one of the most dangerous times Europe has faced since the end of World War II – which is why it is so important that nations around the world unite in condemning the Vladimir Putin’s aggressive attack on Ukraine and, more importantly, that we take steps to ensure that he pays a very high price.

Sanctions should be as severe and comprehensive as possible.

We must also be ready – and Scotland is – to provide any necessary humanitarian assistance, through practical support, aid and shelter.

Putin must now face the most serious consequences. We #StandWithUkraine and the Ukrainian people. 🇺🇦 pic.twitter.com/xggmRjFlS2

As a responsible global citizen, we believe the UK government should follow the example of countries like Ireland and waive visa requirements for Ukrainian nationals entering the UK. This should also help people who want to get here quickly and safely.

I sincerely hope that the Scottish Government will soon be informed of the UK Government’s plans for a resettlement scheme.

If – I hope when – such a scheme is announced, the Scottish Government will work with local authorities to ensure that we play our full role in supporting Ukrainian refugees arriving here.

Scotland has a long and proud history of hosting refugees from all over the world, and once again we stand ready to offer shelter and refuge, if needed, to those displaced by the horrors of war.

Putin’s actions are indefensible. He is a deceived imperialist and an autocrat who does not support democracy at his borders for fear that it will penetrate Russia.

But we should not assume that he is acting on behalf of the Russian people.

Indeed, we have seen thousands of ordinary Russians protest the war in recent days – given the oppressive brutality of the Russian state, it takes real courage to do so. We must therefore ensure that the anti-Putin forces in Russia have our encouragement and moral support.

And we must remember that the crimes of a man and his cronies cannot be blamed on the Russian people or the people of Russian descent who now live here in Scotland.

At the heart of any conflict are men, women and children – civilians who have the right to lead their daily lives in peace but who will inevitably bear the brunt of this invasion.

Few of us can imagine experiencing the horror of war or being forced to take up arms to defend our country as many Ukrainians did last week.

The courage and determination of Ukrainians – from the president to the ordinary women and men in the streets – have been impressive. They deserve our solidarity and our support. They are our friends and family.

The Kremlin must face the most serious consequences of this unprovoked aggression. And everywhere in the world, we must stand in solidarity with the Ukrainian people. pic.twitter.com/vnzBXWHhY7

The capital of Ukraine, Kiev, is twinned with our capital, Edinburgh. Ukrainians gathered in George Square in Glasgow over the weekend to support each other and give others information on what is happening to their families and friends.

Our country is home to several thousand Ukrainians who are valued and welcoming members of our communities.

Ukraine is fighting for its own survival. But in doing so, he also fights for the values ​​of freedom and democracy. They do it for all of us. We must stand in solidarity with Ukraine.