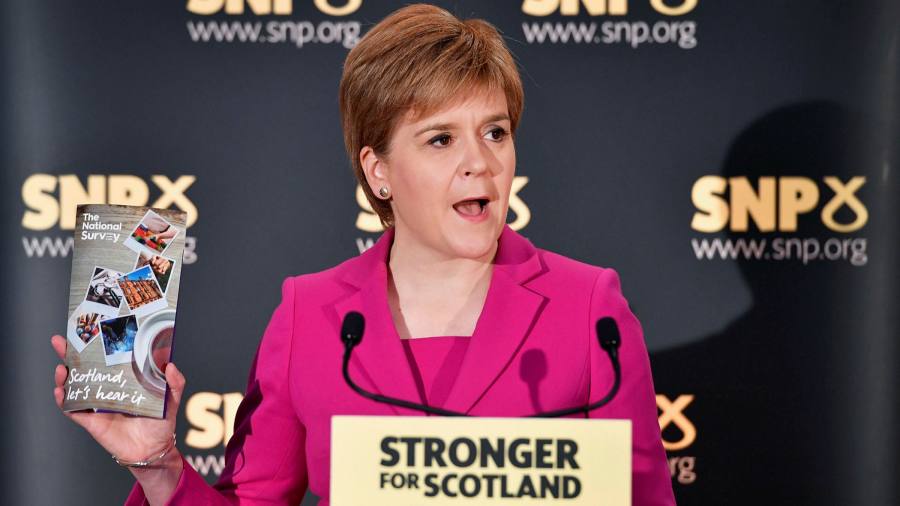 Police Scotland have launched an investigation into the finances of the ruling Scottish National Party following allegations that it spent hundreds of thousands of pounds on a future independence referendum for other purposes.

The allegations highlight tensions within the Scottish independence movement over what some supporters see as the failure of Nicola Sturgeon, First Minister and leader of the SNP, to deliver a revenge for the 2014 referendum in which Scots voted supported keeping the UK at 55-45%.

The inquiry is also expected to draw attention to the internal management of the SNP, amid complaints from some members of a lack of transparency under the leadership of Sturgeon and her husband, party chief executive Peter Murrell.

“Police Scotland have now received seven complaints about donations made to the Scottish National Party,” the national force said on Tuesday. “After assessment and consultation with the Crown Office and the Procurator Fiscal Service, we will now carry out an investigation.”

Some independence supporters have complained that the SNP raised £600,000 in donations in 2017 and 2019 specifically for a referendum campaign, but that although no such campaign has taken place so far, the the party’s latest public accounts showed it had far less than that. .

The documents published by the Electoral Commission in October showed that at the end of 2019 the SNP had less than £100,000 in cash and net assets of less than £300,000.

Douglas Chapman, an SNP member of the UK parliament, resigned as the party’s national treasurer in May, saying that despite members’ “resounding mandate to bring more transparency into the party’s finances”, he had “notreceived financial support or informationto fulfill the fiduciary duties of the role.

Sturgeon said in June that she was not concerned about the handling of SNP finances, tell the STV broadcaster that the party’s accounts had been independently audited and that the money had not “disappeared”.

“We do not hold separate accounts, we have no legal obligation to do so, our accounts are managed on a cash flow basis,” she said.

Sturgeon has come under fire from more impatient SNP supporters who believe she hasn’t pushed hard enough for a second independence referendum since the Brexit referendum led to the UK’s exit from the EU. EU, despite Scotland voting 68-32% in favor of Remain.

The prime minister has pledged to relaunch preparations for an independence referendum as soon as the coronavirus crisis subsides, aiming for it to be held before the end of 2023.

British Prime Minister Boris Johnson has made it clear he will not endorse a second referendum, but Sturgeon has said his government is prepared to try to hold such a vote under current devolution legislation, defying the opponents to try to block it in court.

The Scottish Conservative and Labor opposition parties have welcomed the police investigation into SNP finances.

“The SNP has not been fully transparent about this funding for months. High-ranking figures have resigned from the party’s executive committee over the matter, but the SNP leadership has yet to respond to these serious allegations,” Scottish Conservative Chief Whip Stephen Kerr said. “The public deserves to know the truth.”