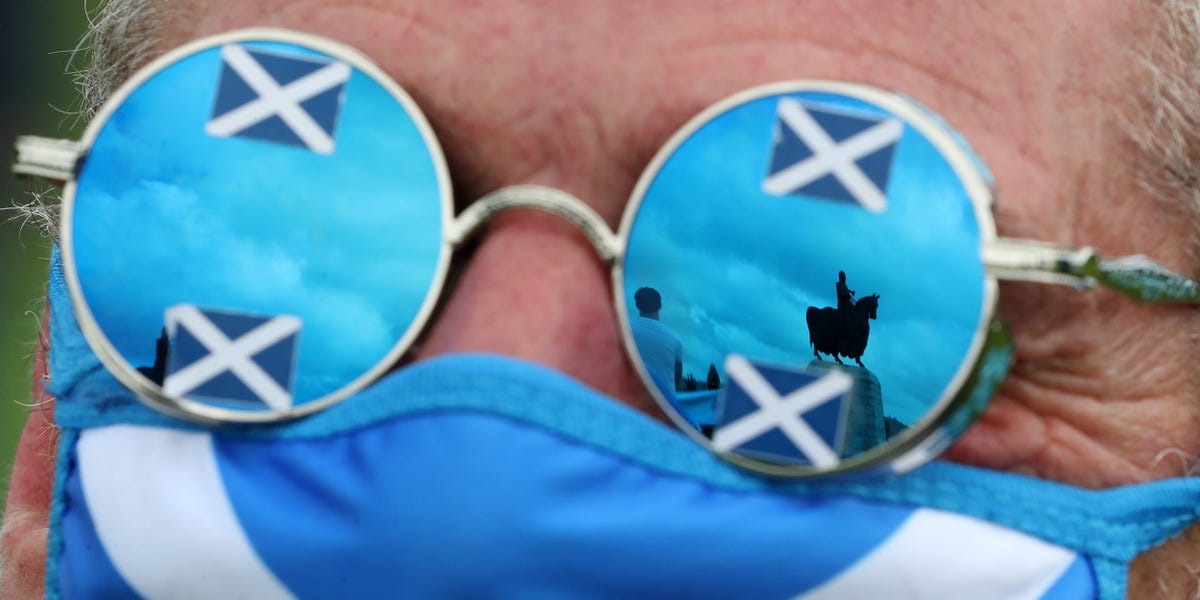 A clear majority of Scots in a new poll support UK independence.

Fifty-five percent of all voters in the poll supported independence, with just 39% against. Once the indecisive voters were kicked out, the share of voters in favor of independence rose to 58%.

The poll, carried out by Ipsos MORI with STV News, was carried out from October 2 to 9 by telephone among a representative sample of 1,045 Scots.

Support for independence was the highest of any Scottish poll, a result that comes with support for the collapsing UK government in Scotland during the coronavirus pandemic and the end of the transition period from Brexit; in 2016, the Scots voted overwhelmingly in favor of staying in the European Union.

This compares to 72% of Scots who said they were satisfied with the job Scottish Prime Minister Nicola Sturgeon was doing.

The ruling Scottish National Party is pushing for a second independence referendum ahead of next year’s Scottish Parliament elections.

“This is a landmark poll which shows that independence has now become the established will of the majority of Scots,” said Keith Brown, SNP member of the Scottish Parliament.

“Faced with the chaotic and incompetent government of Boris Johnson and a Westminster system that treats Scotland the best after the fact, more and more people are deciding that the best way forward for Scotland is to be an equal country and independent.

“And if there is a clear majority for the pro-independence and pro-referendum parties in next year’s election – as this poll shows there would be a considerable margin – then no Tories or UK government has the right to obstruct. “