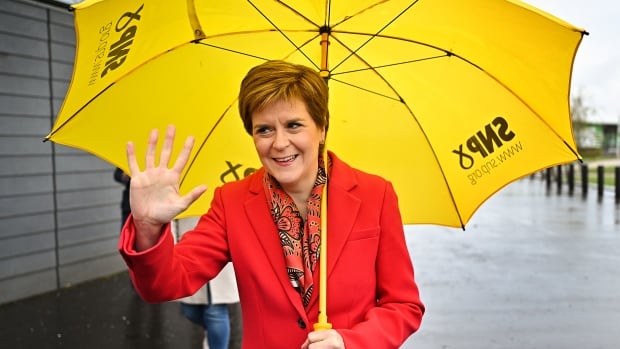 The Scottish National Party won its fourth consecutive parliamentary election on Saturday and insisted it would press for another referendum on Scottish independence from the UK, even if it failed to win obtain a majority of one seat.

Final election results on Thursday showed the SNP winning 64 of 129 seats in the Edinburgh-based Scottish Parliament. The result continues the party’s dominance of Scottish politics since it came to power in 2007.

Other results from the series of Super Thursday elections across the UK emerged on Saturday, including Labor’s victory in the Welsh general election. Sadiq Khan, also from the Labor Party, was also widely expected to be re-elected mayor of London.

The election with the biggest implications was the Scottish election, as it could pave the way for the break-up of the devolved British government. Scotland has a range of powers, but many economic and security issues remain in the orbit of the British government in London. .

1 seat short of a majority

Although the SNP won the vast majority of constituencies, it did not get the 65 seats it would need to have a majority, as Scotland allocates some by a form of proportional representation.

Despite its failures, the SNP will easily be able to govern through the five-year legislature with the eight-member Scottish Greens, who also support Scottish independence.

Nicola Sturgeon, leader of the SNP and Scottish First Minister, said his immediate priority would be to lead Scotland through the coronavirus pandemic and that the legitimacy of an independence referendum remains, SNP majority or not.

“It is now a matter of fundamental democratic principle,” Sturgeon said. “It is the will of the country.”

British Prime Minister Boris Johnson, the leader of the Conservative Party, would have the ultimate authority over whether or not to allow another referendum on Scottish independence.

Johnson appears determined to resist another vote, creating the possibility of further tensions between his government and Sturgeon’s devolved administration.

The Prime Minister wrote in the Daily Telegraph newspaper published on Saturday that another referendum would be “irresponsible and reckless” in the “current context” as Britain emerges from the COVID-19 pandemic.

He has always maintained that the issue was settled in a September 2014 referendum, when 55% of Scottish voters favored keeping the UK part.

Proponents of another vote say the situation has fundamentally changed because of Brexit, with Scotland leaving the European Union against its will. In the 2016 Brexit referendum, 52% of Britons voted to leave the EU, while 62% of Scots voted to stay.

Sturgeon said it would be wrong for Johnson to oppose a referendum and the timing would be up to the Scottish Parliament.

There is growing talk that the whole issue could end up in court, but Sturgeon said the “scandalous nature” of any attempt by the UK government to thwart Scotland’s democratic will would only fuel the desire for independence.

“I couldn’t think of a more powerful argument for independence than that,” she said.

Scotland’s results have been the focus of concern since a series of local and regional elections were held across Britain on Thursday, in which around 50 million voters were eligible to vote.

2021-05-08
Previous Post: Why Brexit is a double-edged sword for the Scottish National Party – POLITICO
Next Post: Scottish independence is not the priority of the Scottish people at the moment – Ian Murray MP