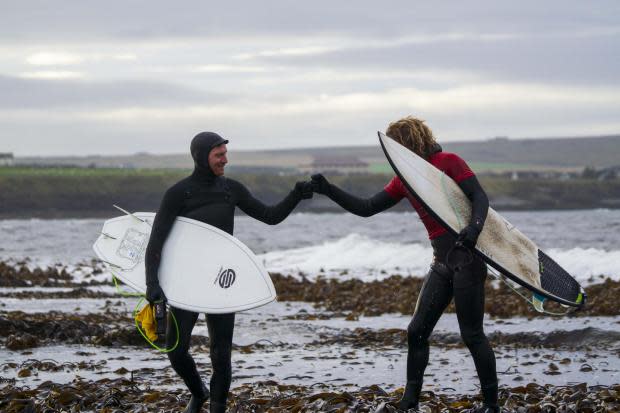 The sporting competition has been taking place on the north coast of Scotland since 1973, and the 2022 tournament is expected to be one of the most closely contested in recent years. Craig Mclachlan returns to defend the men’s title and Phoebe Strachan is aiming to win back-to-back women’s titles.

The championships will also honor Iain Masson, who died in February following a long battle with leukemia. The 56-year-old from St Combs in Aberdeenshire was a seven-time Scottish National Open men’s champion and is recognized as a pioneer of the sport in Scotland.

If you can’t come in person, all three days can be watched for free online via the Scottish Surfing Federation website.

Jason Simpson, Director of the Scottish Surfing Federation, said: “Scottish surfing fans will be delighted to return to Thurso to see the new champions crowned.

“This will be one of the most contested championships we’ve had in years and we’re all excited to see if Craig Mclachlan has what it takes to retain the title he first won in 2021.

“Phoebe Strachan will also be looking to defend her title and cement her place as the country’s top surfer, and there will also be a fantastic array of up-and-coming Scottish talent.”

Paul Bush OBE, Events Director at VisitScotland, said: “Scotland is the perfect setting for events and the response from the local community, competitors and visitors from further afield to the Scottish National Surfing Championships shows just how much our country has to offer. We are proud to support this national sporting event and invite everyone to join us for a weekend of excitement.

Reigning Scottish Champion Phoebe Strachan said: “Thurso is one of the best surfing destinations in the north Europe and I know I speak for everyone involved when I say we are thrilled to put on a show and showcase Scotland as a country with incredible surfing talent.

“It’s amazing how quickly the sport has grown in Scotland and we were all energized to see surfing take place at the Summer Olympics for the first time last year.”

2022-04-14
Previous Post: The price of being wronged and ignored by Westminster – Scottish National Party
Next Post: Ex-Scottish National Investment Bank CEO Eilidh Mactaggart quit his job with a payout of £117,500