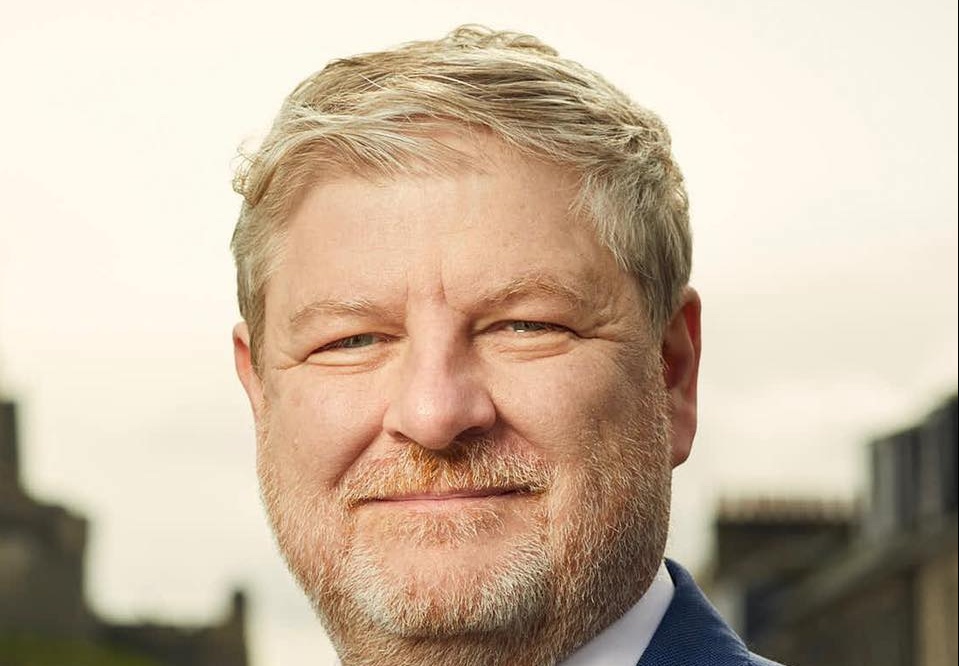 In 2016, the people of Scotland voted overwhelmingly to stay in the EU.

This vote was ignored by the British government.

The Scottish government then came up with a compromise – recognizing that two UK countries had voted to stay, while two had voted to leave – whereby the UK would remain in the European single market.

This compromise proposal was also ignored by the British government.

Instead, the Conservative government in Westminster, under the leadership of Boris Johnson, decided on a hard Brexit and a distant relationship with the EU.

In the 2019 election, the Tories asked for a mandate for their harsh approach to Brexit.

The Scottish people have given their answer.

The Tories have been beaten down, losing more than half of their seats in Westminster.

True to form, the Tories have once again ignored the wishes of the Scottish people. Then the pandemic struck.

But such is their obsession with Brexit that even a global public health crisis, unlike anything we’ve seen before, was not enough to persuade the Tories to slow the pace of the economic blow they were determined to impose. to Scotland.

Over the past few days, we have seen the clearest evidence to date of the catastrophic consequences of this reckless move to pursue a hard Brexit amid a global pandemic.

Shamefully, they have also targeted the poorest in our society – ensuring that low-income people pay the highest price for their disastrous decision to impose Brexit as individuals and businesses struggle to recover from the pandemic.

The abrupt end to free movement has left Scotland and the whole of the UK without flexibility to deal with the impacts of labor shortages in vital sectors of our economy, as highlighted by the ongoing disruption of fuel supply caused by the lack of truck drivers. .

Last year the EU made it clear that it was prepared to offer the UK an extension of the Brexit transition period.

The Scottish government has released detailed evidence as to why, given the impact of the COVID crisis, this extension should be agreed.

As part of this proof, we said:

“Brexit represents an additional risk for sectors already exposed to these COVID 19-related channels, in particular through international exposures (especially the EU) of supply and demand and the impact of the removal of the free movement of workers on the supply of labor. “

“Before the COVID-19 pandemic, the road freight sector faced a shortage of heavy truck drivers, and any further obstacles to the employment of EU drivers would exacerbate this situation. “

But once again, we and the people of Scotland have been ignored by the Tories.

Unfortunately, the interruption of the fuel supply is only the most visible example of many of the cost of this decision.

The end of free movement has created staff shortages in key sectors including food and hospitality, social care and construction, to name a few.

It was not just Scottish ministers who issued warnings to be ignored.

In 2018, the Scottish Federation of Small Businesses (FSB) stated that:

“The UK government’s stubborn approach to immigration is an obvious threat to many Scottish businesses and local communities. These proposals will make it virtually impossible for the vast majority of Scottish businesses to access a foreign workforce in the UK and the skills they need to grow and maintain their operations. ‘

At the same time, the Scottish Tourism Alliance sounded the alarm, warning that the UK government’s immigration plans:

“Significantly exacerbate the current recruitment crisis, putting our tourism industry and one of Scotland’s most important economic engines in serious jeopardy”.

Most recently, Scottish ministers wrote to the UK government on July 20 to push for pragmatic and easily adopted changes in UK migration policies and to highlight the impact of rules and delays over licenses for the heavy goods vehicle sector. , requesting an urgent meeting. All of these warnings have been ignored.

The Scottish government has long argued that the current British immigration system does not meet the needs of Scotland.

We have unique challenges – unlike the UK as a whole, all of our future population growth is expected to come from internal migration.

But what has also become clear over the past few days is that the UK government’s hostile approach to migration does not meet the needs of key sectors of the economy across the UK. United.

On that note, it was sad to see the Labor Party leadership this week ruling out restoring freedom of movement.

They put what they believe to be their electoral fortunes in other parts of the UK ahead of the needs of Scotland and the Scottish economy.

The UK government’s proposal for a three-month visa itinerary for 5,000 additional carriers and 5,500 poultry workers is clearly inadequate.

This is not an attractive offer for workers and provides no certainty for employers. To quote James Withers, Managing Director of Scotland Food and Drink:

it is “too little too late”.

But there are actions the UK government can and must take now:

They could instead introduce a 24-month temporary worker visa.

Ensure a formal role for the Scottish government and parliament in developing the list of Scottish shortage occupations.

And review the excessive visa fees.

After 19 requests to speak with the UK Immigration Minister on these vital issues since Boris Johnson became Prime Minister, the UK Minister has finally agreed to meet with me next week. =

I will reiterate the urgency of making these changes to immigration rules to ensure Scottish businesses and public services can access the skills they need.

The UK government could easily introduce these improvements if there was the political will to do so.

Instead, he forced EU citizens to go to the EU’s settlement system to retain the rights they already had. He called those who have chosen to come to this country to make a positive contribution to our economy as ‘queue jumpers’ and accused them of ‘lowering UK wages’ – to quote the Secretary of State for Transport earlier this week.

The UK government cannot simultaneously call on migrants to come and help them while demonizing those who come. Migration policy must support fair labor, protect workers’ rights, wages and access to employment while preventing exploitation and abuse.

So the Tories are effectively targeting the Scottish economy by pulling Scotland out of the EU and imposing a hard Brexit amid a pandemic – making the recovery so much more difficult.

And they make the most disadvantaged pay the heaviest price.

They decided to combine a disastrous Brexit with catastrophic cuts to Universal Credit.

Indeed, the Joseph Rowntree Foundation has warned that the ‘triple whammy’ of price hikes, tax hikes and benefit cuts could worsen the plight of low-income families by £ 33.50 per week.

The UK government’s choice to place the burden on those who can least afford it risks pushing more people into crisis, putting the most vulnerable in our society at increased risk of food insecurity and homelessness.

Within the limits of our powers, we do all we can to support low-income people. The Scottish Government invested around £ 2.5bn last year in targeted support, and we will maintain that support through the winter.

However, the Scottish government has limited power to address insufficient and precarious income – the main drivers of household food insecurity – and government powers related to the energy market are entirely reserved.

In the run-up to the 2014 independence referendum, No activists bragged about what they called the strength and security of the UK.

They told the Scots they had to reject independence to stay in the EU.

Since then we have seen years of conservative austerity.

Scotland has been ignored and removed from the EU.

A hard Brexit was imposed in the midst of a pandemic.

And today, under Westminster control, we have people lining up for hours looking for gasoline.

There are even shortages of some foods.

Our world-class food industry, universities, manufacturers and service companies have all been affected by the Conservatives’ obsession with Brexit.

All of this happened – all of it – against the will of the Scottish people.

Following the 2014 referendum, all parties represented in this Parliament said in the Smith Commission joint report:

“It is agreed that nothing in this report prevents Scotland from becoming an independent country in the future if the people of Scotland so choose. “

In May, the people of Scotland elected this new Parliament with a clear majority in favor of a new referendum on independence.

It is they, the people of this country – and not Boris Johnson and his gang of Brexiteers – who have the right to decide their own future.