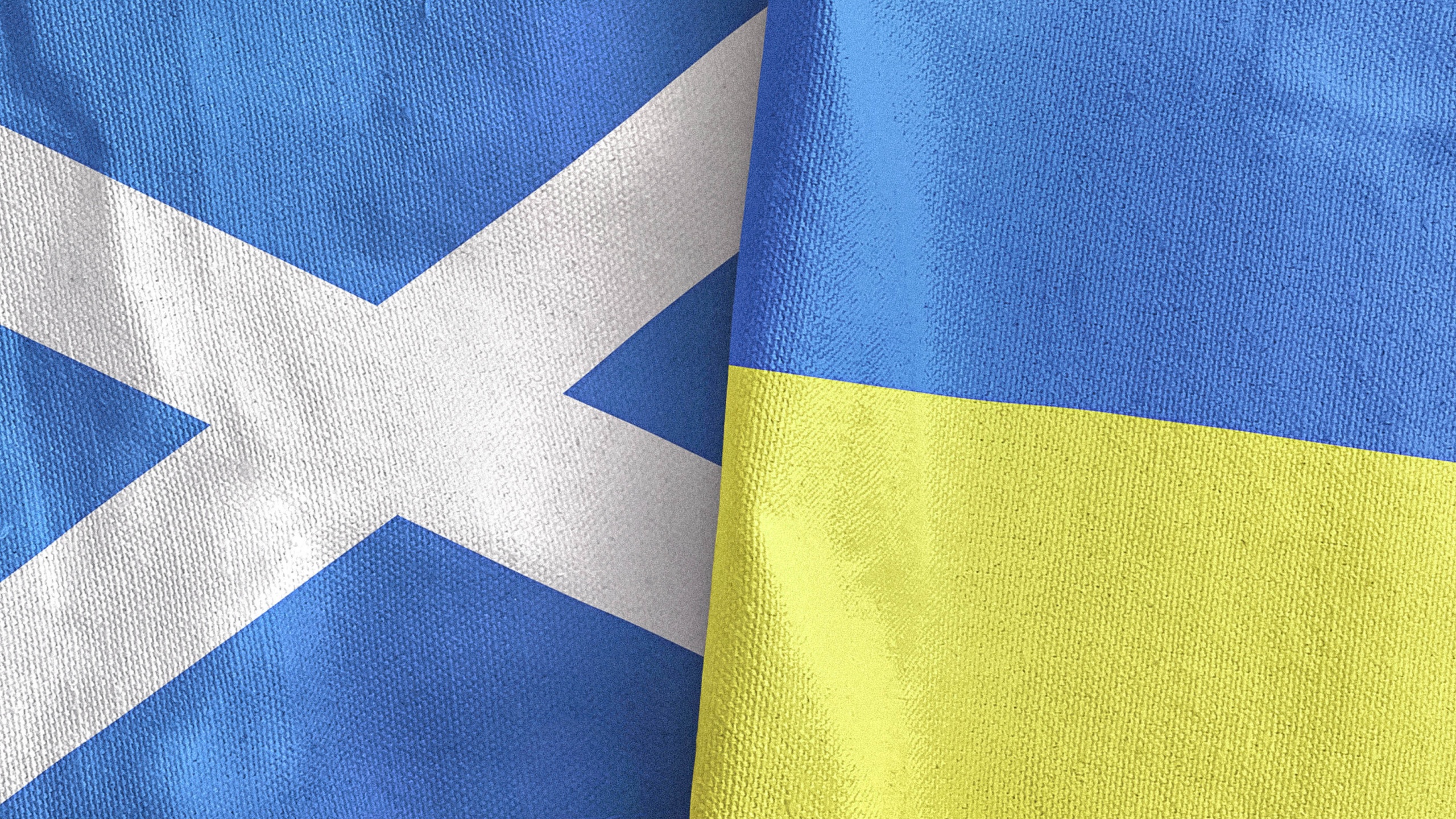 Russia’s illegal invasion of Ukraine is causing the largest movement of displaced people in Europe since World War II, and in a much shorter time.

The UN has estimated that more than 3 million people – well over 5% of Ukraine’s total population – have already left the country.

Those fleeing – mostly women and children – leave their homes in circumstances that, despite our best efforts, are impossible to imagine. They deserve, need and must receive compassion, care and support.

All over Europe, countries are facing a humanitarian emergency.

Many of us were moved last week by scenes in Berlin, of German families flocking to the station to offer shelter and support to those arriving from Ukraine.

However, even though we are moved and inspired by such compassionate scenes, we continue to be deeply shocked that this is happening.

Just three weeks ago, the world was still hoping there would be no invasion. Ukrainians still went to work, school and university. They lived a normal life.

Today, those lives have been torn apart. More than 3 million people are displaced, thousands more are fighting on the front lines, many have been killed and an entire population has shown incredible courage and resilience.

This is all down to the evil – and I used that word deliberately – of one man. Vladimir Poutine.

Scotland strongly supports all governments – including, of course, the UK – in condemning Putin’s war crimes, taking action to isolate and penalize his regime and doing all we can to support Ukraine.

The Scottish Government is committed to playing its full part in the international effort to help people displaced by war.

Other countries have removed the requirement for Ukrainians to obtain a visa in order to enter and settle. The Scottish government strongly prefers the UK to take the same approach.

However, while continuing to push for this, we will also work with UK ministers to make the processes in place as efficient as possible. This is the subject of my statement today.

Currently, Ukrainians can enter the UK through the family regime. Hopefully the changes announced last week will make things easier and faster than they have been so far.

A second route – “Homes for Ukraine” – was announced this week.
Over time, it is hoped that a very large number of Ukrainians will come to the UK through this scheme.

The fact that over 100,000 people across the UK have already signed up to offer accommodation demonstrates the public’s willingness to help – the response has been magnificent.

The terms of the scheme, however, mean that it will take time for this wave of support to translate into large numbers of Ukrainians actually able to come to the UK.

The first phase of the program depends on matches between refugees and individual sponsors. And at first, it is only those who already have, or can find themselves, the contact details of asylum seekers who will be able to provide rapid help.

The Scottish Government’s proposal aims to short-circuit this process.

We want to act as a one-time super-sponsor to enable a significant number of people fleeing Ukraine to come to Scotland immediately.

We offered to sponsor 3,000 right away. In the longer term, we are committed to supporting at least 10% of the total number of people seeking refuge in the UK.

In practice, Scottish Government sponsorship would mean that Ukrainians do not need to be matched with individual sponsors before being allowed to enter the UK.

They could first come here to take refuge and be safe.

We will provide temporary accommodation and then, with people already safe here and surrounded by a warm Scottish welcome, we will work quickly with partners – local councils, Scottish Refugee Council, NHS, Disclosure Scotland and others – to carry out backup checks, establish broader health, education, practice and friendship support, and arrange longer-term accommodation.

We warmly welcome – and intend to make full use of – the thousands of individual offers from people interested in providing housing for refugees.

I want to thank everyone who volunteered. Of course, not everyone will be able to offer accommodation. But there will be many other ways for people to offer their support.

However, as welcome and necessary as voluntary offers of accommodation are, we must bear in mind that those fleeing war may need to be here for a long time.

They will want – as we wish for them – to return to Ukraine as soon as possible and for Scotland to be just a temporary home.

But, unfortunately, they may need to be here longer than we can reasonably expect members of the public to provide accommodation.

So, as well as fully harnessing the goodwill of people across Scotland, we also need to plan for long-term sustainable housing and ensure the provision of appropriate public services. I will say more about this shortly.

But let me first underline the immediacy of the preparations we are making.

As I reported yesterday, the UK government has given its support in principle to the super-sponsor proposal, and we are now seeking to agree on the operational details.

Our aim is for our super-sponsor journey to run alongside the first phase of the wider UK programme.

This should allow – and it is our hope – that the first 3,000 displaced Ukrainians will start arriving in Scotland as early as this weekend.

Now I have to clarify that it depends on the agreement of the UK government – only the Home Office can issue visas – but there is no good reason, in my view, for that agreement not to be reached .

We hope and anticipate that will be the case and, more importantly, it is on this basis that we plan.

Detailed preparations are being led by Neil Gray, as the minister responsible for coordinating this response.

They cover five priorities: making sure we get the data we need from UK government systems, reaching out to those coming to Scotland, securing short-term accommodation for those who need it, working on support for longer term, including housing and community integration – and, finally, the establishment of Welcome Hubs in the days to come.

I’ll say a bit more about each of them and the resources to support the delivery.

We work closely with local authorities, other public sector agencies – Disclosure Scotland, for example – the third sector and the UK government on the practical issues that need to be resolved to ensure the process runs smoothly.

For example, urgent work is underway to ensure data sharing from UK government systems, including the visa application system.

This information will allow us to better and more quickly understand who comes here and what their needs are.

We’re also exploring how we can start offering assistance even before people get here – help with travel, for example.

Obviously, as a priority, we are working to ensure immediate, safe and comfortable temporary accommodation for people, while longer term arrangements are put in place.

In addition to tapping into voluntary support, we are evaluating other longer-term housing options. This will include, where applicable, local authority and housing association properties, but also private sector or holiday accommodation.

And finally, we are establishing with a range of partners – including local authorities, police, health services and the Scottish Refugee Council – reception hubs to offer practical help and assistance, for example, with food, clothing, healthcare, language support and signage. to other services.

Decisions on the exact location of these hubs will become clearer as we develop a better understanding of when and exactly where people will arrive.

We considered the resources needed to support this work as a first step.

I can confirm that in addition to the financial support the UK Government will provide, the Scottish Government is allocating £15 million to support our immediate refugee response.

Just over £11m will be allocated to local authorities.

£2.25m will be earmarked for temporary accommodation.

And a further £1.4m is being allocated to the Scottish Refugee Council to expand their refugee integration service.

I visited the Scottish Refugee Service earlier today to discuss their invaluable contribution to Scotland’s response to the Ukraine crisis and to thank them for their wider work supporting refugees and asylum seekers .

Chairman of the meeting,

The challenges of relocating thousands of displaced and traumatized people in such a short time are enormous and should not be underestimated.

Given the pace at which everyone is working – and the need to agree operational arrangements with the UK government – ​​all questions of detail do not yet have a definitive answer.

Meeting the challenge will require effective and continued cooperation between Scottish and UK governments and councils, with and across the wider public and third sectors, and with many other local partners and communities.

Parliament also has a vital role to play. As an MSP, we gain unique insight into the quality of support provided in the field – and can help ensure issues are identified and resolved quickly.

But despite all the challenges, I am confident that Scotland will live up to its humanitarian obligations.

We have recent experience of successfully integrating refugees into our communities, schools and workplaces.

And I am confident that we will offer not just refuge, but a warm welcome and a helping hand to those whose lives have been torn apart.

We will open our doors and our hearts.

The government’s duty is to ensure that the practical assistance we provide matches the warmth and goodwill of people across the country.

We have an obligation to play our full part in the global humanitarian effort and to provide refuge, security and shelter to thousands of people in desperate need.

I know that these objectives are shared by all of Parliament.

Let us work together, standing firmly in solidarity with the Ukrainian people in this hour of need.