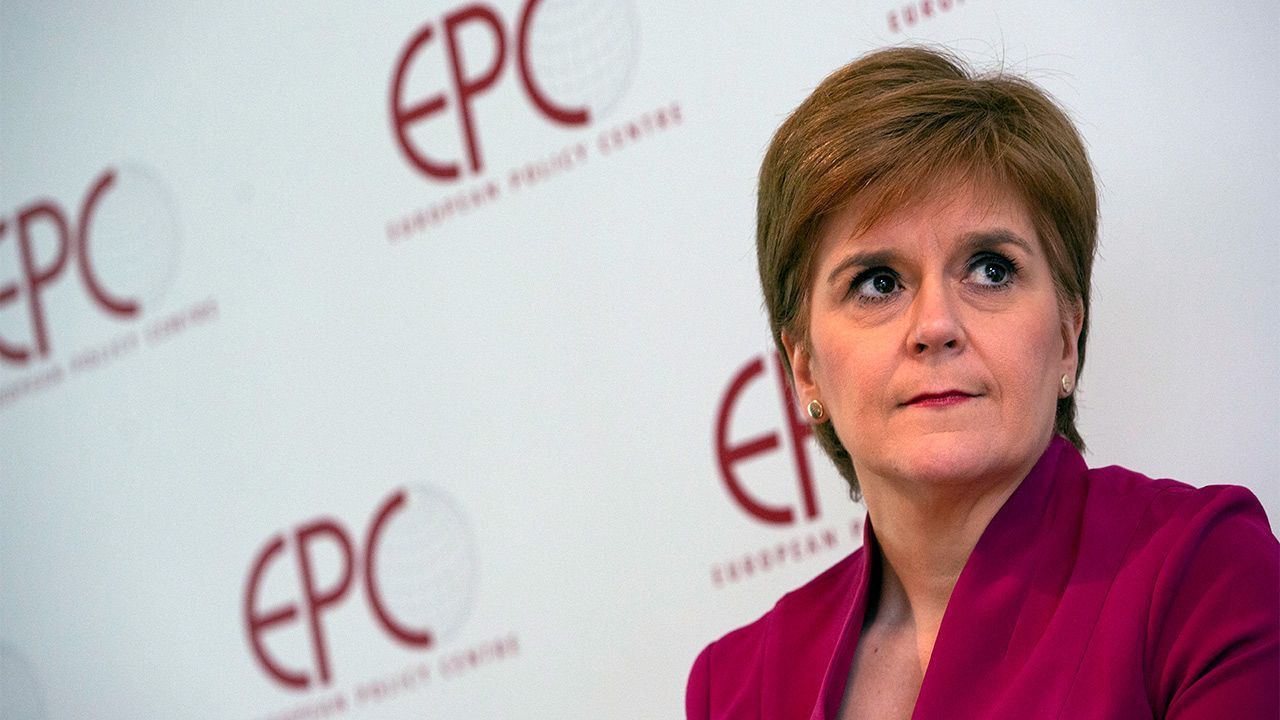 Scottish First Minister Nicola Sturgeon’s grip on power is weakening as a fierce three-year factional struggle in and around the Scottish National Party (SNP) and Scottish government comes to a head.

An attempt by Sturgeon’s close allies against former Railway SNP leader and Sturgeon’s mentor Alex Salmond to be jailed on MeToo-inspired sex charges backfired spectacularly, with an election in the Scottish Parliament scheduled for May 6.

A vote of confidence in the Scottish parliament against Sturgeon could be called next week. The SNP currently lacks a majority, relying instead on the Greens.

Sturgeon has been accused by the Scottish Government‘s cross-party committee dealing with harassment complaints of providing misleading information. Leaks suggest the committee concluded that it was “hard to believe” Sturgeon’s account of when she knew about the sexual complaints against Salmond and that her account of a meeting with her predecessor in April 2018 was ” inaccurate”.

Sturgeon therefore misled Parliament, breaching a ministerial code for which she wrote the foreword, although the committee allegedly omitted accusations that she did so “knowingly”. The final report is due out on Tuesday. Another investigation, led by Ireland’s former Director of Public Prosecutions, James Hamilton, into possible breaches of the Ministerial Code by Sturgeon, is also expected to be reported soon.

Sturgeon and his government have been on the defensive since Salmond provided long-delayed evidence to the harassment committee in late February this year. The committee was set up following Salmond’s 2019 victory in a judicial review, which found the Scottish government’s action against him was ‘unlawful in that it was procedurally unfair’ and were “tainted by an apparent bias”.

The Scottish authorities nevertheless persisted in a criminal trial. Salmond was duly acquitted of all 13 counts, including attempted rape, in March 2020.

In a statement to the Harassment Committee, Salmond accused SNP figures including Sturgeon’s husband Peter Murrell of “a malicious and concerted attempt to damage my reputation and remove me from public life in Scotland“. He told the committee that the text messages between SNP officers amounted to “behavior which consisted not only of pressuring the police … but of pressuring witnesses and colluding with witnesses. We talk about constructing evidence, because the police somehow felt unable to find it on their own.

Sturgeon’s performance in committee five days later was evasive on key issues. She dismissed Salmond’s accusations but suffered from several memory lapses. In her opening statement, she insisted that the first time she heard of allegations against Salmond was on April 2, 2018, “a time in my life that I will never forget.” The committee appears to have rejected Sturgeon’s version of this meeting.

Much hypocritical indignation is expressed at Sturgeon’s expense. Labor and the Conservatives, both far behind the SNP in Scottish polls, sense an opportunity to damage the SNP and derail moves towards a second independence referendum.

“We cannot set a precedent that a Scottish Prime Minister can mislead the Scottish Parliament and get away with it,” said Scottish Conservative leader Douglas Ross, whose party in the UK is led by the liar in Boris Johnson series. ‘This is about the integrity of our Scottish Parliament and upholding standards in public life,’ said newly elected Scottish Labor leader Anas Sarwar, whose party has just ousted its own members and ousted its former leader, Jeremy Corbyn, on bogus anti – Semitism accusations.

Supporters of Salmond and Sturgeon are going wild on social media and in the press. Neither side deserves any political support or sympathy.

Salmond, on the basis of the available evidence, was the target of a campaign motivated by factions of the SNP leadership, using a sex scandal and all the resources available to a ruling party against him. But he led the SNP for decades and played a major role in shaping its internal life.

Fundamentally, the dispute resolution methods deployed by the SNP are an expression of its character as a bourgeois party and of the social types it attracts and speaks about. The sex scandal is the traditional tool of bourgeois settling of scores precisely because a frank exposition of the real class agendas and interests animating factional struggles within ruling circles must be concealed from the broad mass of the working population.

The perspective of the SNP is to create a more or less ‘independent’ capitalist state in Scotland, based on separating as much as possible of UK assets and resources to create a platform for investment, primarily oriented towards European Union (EU), based on cheap labor and austerity for workers and tax breaks for the financial oligarchy.

Addressing a wealthy stratum of Scottish capitalists, the country’s vast financial and service sector, investment agencies, sections of the upper middle class and the union bureaucracy, the SNP hides this bitterly anti-working-class agenda by the routine deployment of Scottish nationalism, identity politics and a slightly more ‘left’ or progressive tone than the right-wing Labor Party in both Edinburgh and London.

The party is aided in this by a jumble of pseudo-left tendencies, think tanks and campaigns promoting the lie that Scottish independence could create a platform for social reform.

Beyond personal quarrels, the SNP’s crisis hinges above all on how to sell this prospect to the people of Scotland as a viable alternative, while securing the support of the European Union, on which the fate of the SNP rests. ‘independence’ agenda.

The SNP has long coined the slogan ‘Independence in Europe’, with the understanding that access to European markets, trade and cheap labor was essential to expanding corporate profits in little Scotland. One of the factors that caused the SNP to lose 55-45% in the 2014 independence referendum was that continued EU membership could only be guaranteed by keeping the old United Kingdom 300 years old, then a member of the EU. The EU itself, on the lookout for similar separatist movements in Belgium, Italy and especially Spain, avoided giving the SNP any encouragement.

In 2016, the UK voted to leave the EU, while Scotland voted by a large majority, 62-38%, to stay. Sturgeon, who replaced Salmond following his resignation the day after the 2014 election, said a second referendum was “inevitable”. But she became the de facto leader of efforts to keep the UK in the EU by overturning the Leave vote. Moves to a second independent ballot have been pushed back.

Salmond and a layer of close political allies, aided by the pseudo-left, have made it known that they are not happy with this. When the Catalan regional government held a referendum without central government approval in Madrid in 2017, many in and around the SNP saw it as a model to emulate. The campaign for ‘indyref2’, which served as a diversion from growing class tensions and hostility to the SNP’s increasingly right-wing social policy, began to gain momentum.

Sturgeon disagreed, believing that any adoption of a constitutionally illegal separatist agenda would still alienate the EU, even given post-Brexit tensions with the UK. The European Parliament this month laid the groundwork for Catalan leaders who staged the peaceful protests brutally attacked by police and the 2017 poll to be extradited to Spain and face up to a decade in prison. EU membership would also mean an international border between Carlisle and Newcastle, separating Scotland from its biggest market, England and Wales.

All sorts of changes and splits in the SNP could still emerge, but none of them will have any progressive content. All variants under Sturgeon, Salmond or any of their potential successors are deeply reactionary and are based on the vicious intensification of the exploitation and division of the working class, under a toxic smokescreen of nationalism.

Workers and young people in Scotland have no reason to side with any faction of the SNP, its pseudo-left supporters, or British imperialism’s hated Labor and Conservative parties. The task is the building of the Socialist Equality Party, rejecting all forms of nationalism and uniting working people against imperialism and for a socialist Britain within the United Socialist States of Europe, within the framework of a world socialist federation.