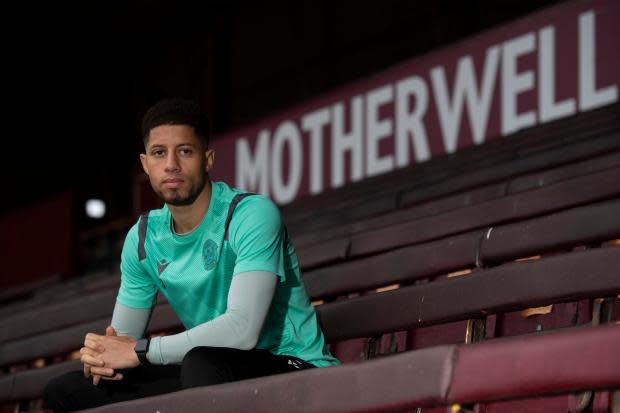 “The Scots are more welcoming”

JAKE Carroll won a League of Ireland Championship medal in 2013 with St Patrick’s Athletic and then stayed in England’s lower leagues.

Fortunately, however, sandwiched between a permanent transfer to Huddersfield Town and temporary spells with Bury, Hartlepool United and Cambridge United, the full-back spent five months on loan with Partick Thistle in 2014/15, when the Jags were still in the Premiership.

His year in Glasgow gave Carroll an appreciation for life in Scotland and the warmer approach foreigners receive from locals here than he had been accustomed to in the south.

That’s why he chose to join Motherwell when his contract with Huddersfield expired in 2019, a move he’s never had to regret personally or professionally.

“I love it here, I’m settled,” said the 30-year-old. “Since I came to the UK I spent two years in clubs and then I found another challenge or another path.

“But it’s the place where I felt the most comfortable. I like it here, I like the people around the club and the Scottish league suits me.

“It’s the club I’ve enjoyed the most since coming to the UK. That’s why I signed my new contract last year – because I’m happy to be here.

“Even when big stars come to Scotland from the Premier League, they are shocked by the speed of the game.

“It’s pretty frenetic, but I like it. I expected the referees to be a bit more lenient, it’s true – I had too many problems with them.

“But it’s passionate here. There’s a lot of interest in the game and I don’t think you see it when you’re in England.

“Until you’re here, you don’t realize how Soccer is and what it means for fans. I like this”

Carroll appreciated the connection with the supporters and the warm welcome from the locals, which he did not experience south of the border.

“Being Irish, the people here remind me that back home they are similar, grounded. It is important, especially outside of football.

“In England, the further south I went, the more I was out of my comfort zone with people. Came here on loan at Thistle and loved it for six months. I knew I would enjoy this place if I ever returned – and it’s also far from football.

“I don’t want to generalize the south of England, but everyone is in their own bubble.
It’s the little things: if you walk your dog on a Sunday, passers-by won’t say hello to you. Here, people say “hello”. It’s just manners.

“The teammates I have at Fir Park are the friendliest and most down to earth. Football can be a [ruthless] business – often you leave training, then everyone separates.

“Here guys go to Starbucks together and stuff like that, which you don’t always see. Little things like that really help, especially when you’re injured.

“The Scots are more welcoming and they have a good craic and jokes. I love a sense of humor – anything in the Scottish accent is funny.

Carroll, who was recently used at the heart of Graham Alexander’s defence, faces tough credentials scrutiny when league leaders Celtic call this afternoon and the player knows he will also be watched by his friends and family across the water.

“Celtic is massive where I come from,” said the Dubliner. “That’s why the home league is struggling a bit because the interest isn’t there in the teams.

“Someone is going to support Celtic and Liverpool or Celtic and United, it’s an English team and a Scottish team.

“There’s more interest from my mates when we play Celtic or Rangers, definitely: I think they only look at me when I play Celtic!

“When you are in the team and you are playing well, the interest is there and you see rumors of national team calls. I will keep this dream of playing for my country alive until I retire.

“If I don’t play, I have no chance. I just have to try to stay in the team and see where it takes me.