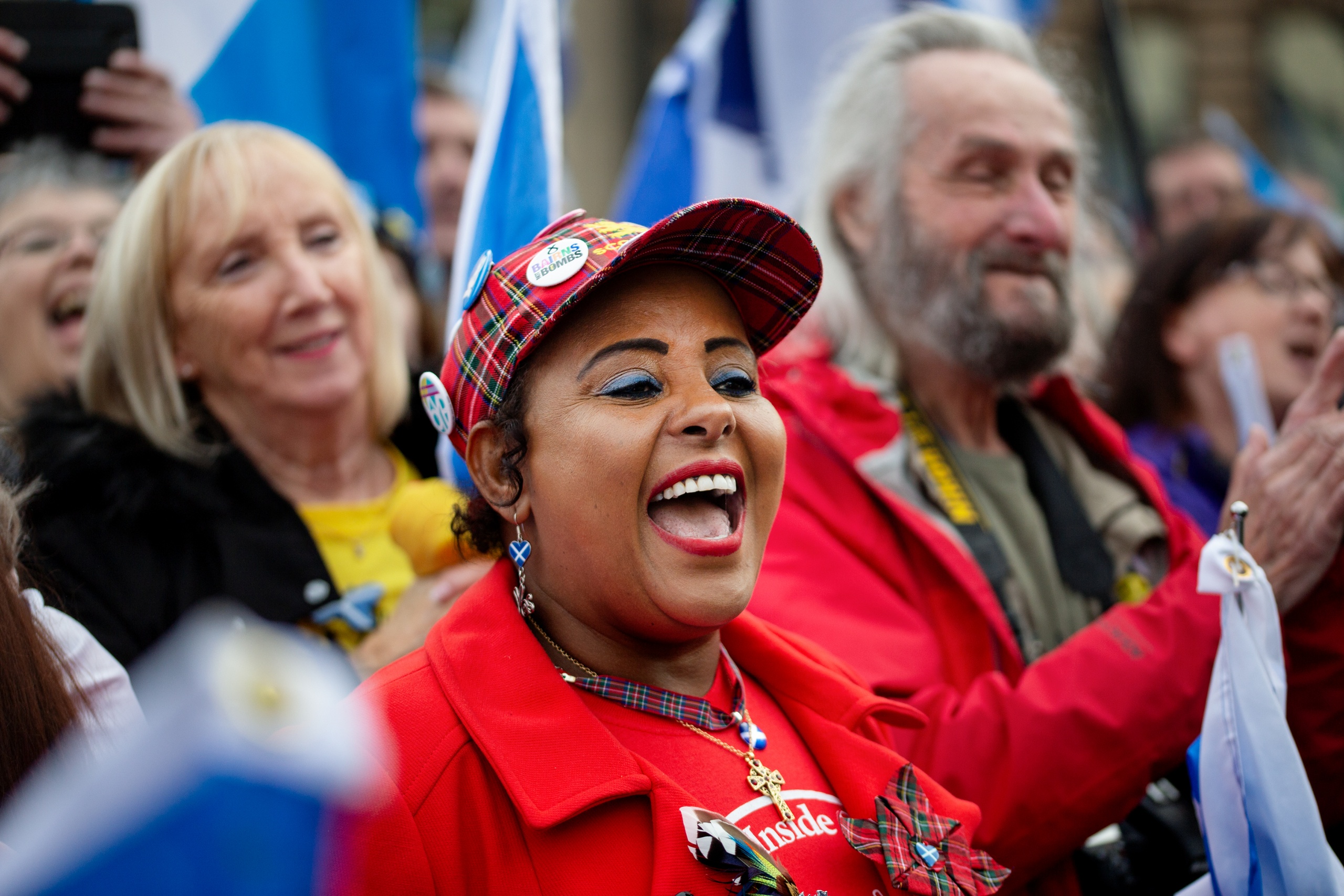 In Glasgow, the regional SNP list is led by human rights activist Roza Salih, one of the famous Glasgow Girls, originally from southern Kurdistan. She is joined on the same list by fellow former refugee Abdul Bostani from Afghanistan.

In central Scotland, the SNP list is led by Cumbernauld North SNP councilor Danish Ashraf, whose family originates from Pakistan’s Sindh province, while in western Scotland, the regional list is topped by Erskine and Inchinnan SNP Councilor Michelle Campbell, whose grandparents came to Scotland from Uganda.

There is also an African connection in the North East of Scotland where the SNP list is led by Nigerian-Scotswoman Fatima Joji from Westhill in Aberdeen, who is believed to be the first black Muslim to return to the Scottish Parliament.

Fatima is joined on the North East list by Nadia El-Nakla from Dundee whose paternal family is Palestinian and has family in Gaza.

On the same list is Christian Allard, from rural French Burgundy, who has been in Scotland for 35 years and previously served as an SNP adviser, MSP and MEP.

Another French SNP candidate is Sarah Fanet who is on the Highlands and Islands list along with Qasim Hanif, an SNP member for over 16 years, and a wider family of prominent Scottish and Asian SNP members.

In Lothian, the regional list is led by Graham Campbell – a pioneering SNP adviser of Afro-Caribbean descent who did much to promote awareness of Scotland’s shameful past role in the slave trade.

The candidates on the SNP’s international list are joined by many candidates in the constituency contests, including Justice Secretary Humza Yousaf in Glasgow Pollok. His mum and dad both came to Scotland as young children, with their parents from Pakistan. Her paternal grandfather worked at the Singer sewing machine factory in Clydebank and her maternal grandfather worked as a bus driver.

In Glasgow Kelvin, SNP candidate Kaukab Stewart was born in Pakistan and lived in England, before coming to Scotland.

In Dumbarton, Toni Giugliano comes from an Italian-Scottish family who made their home in Helensburgh and later Balloch. He himself was born in Italy and has Italian as his first language.

Also in the west of Scotland, SNP candidate in Carrick, Cumnock and Doon Valley, Elena Whitham grew up in Canada, while Siobhian Brown in nearby Ayr grew up in Australia.

In the south of Scotland, Paul Wheelhouse, SNP candidate in Ettrick, Roxburgh and Berwickshire, was born in Northern Ireland – while Shona Robison in Dundee East was born in England.

Finance Secretary Kate Forbes, who is in Skye, Lochaber and Badenoch, spent much of her childhood in India, while Edinburgh South SNP candidate Catriona MacDonald grew up in China where she learned the Chinese.

I myself am the son of a refugee who came to these shores from Germany at the end of the Second World War. I grew up in Edinburgh as a German speaker and am proud to be the SNP candidate at Edinburgh Central.

The party in my local constituency has a significant number of international members, from all nations of origin, from the United States, France, Germany, Portugal, Poland and many other countries.

In central Edinburgh itself, there are over 7,200 European Union and international voters – all of whom are eligible to vote in the elections.

There are tens of thousands of people in Edinburgh from other countries, with the largest numbers coming from Poland, India, Ireland, China, the United States, Germany, Pakistan, Australia, France and Spain.

The Scottish independence movement is outward-looking and internationalist, a fact reflected in the international context of so many SNP candidates in the May 6 election.

For the first time, all residents of Scotland: national, Commonwealth, European Union and rest of the world, have the right to vote in elections at Holyrood.

Let’s encourage them all to register and use their two votes for the Scottish International Party.