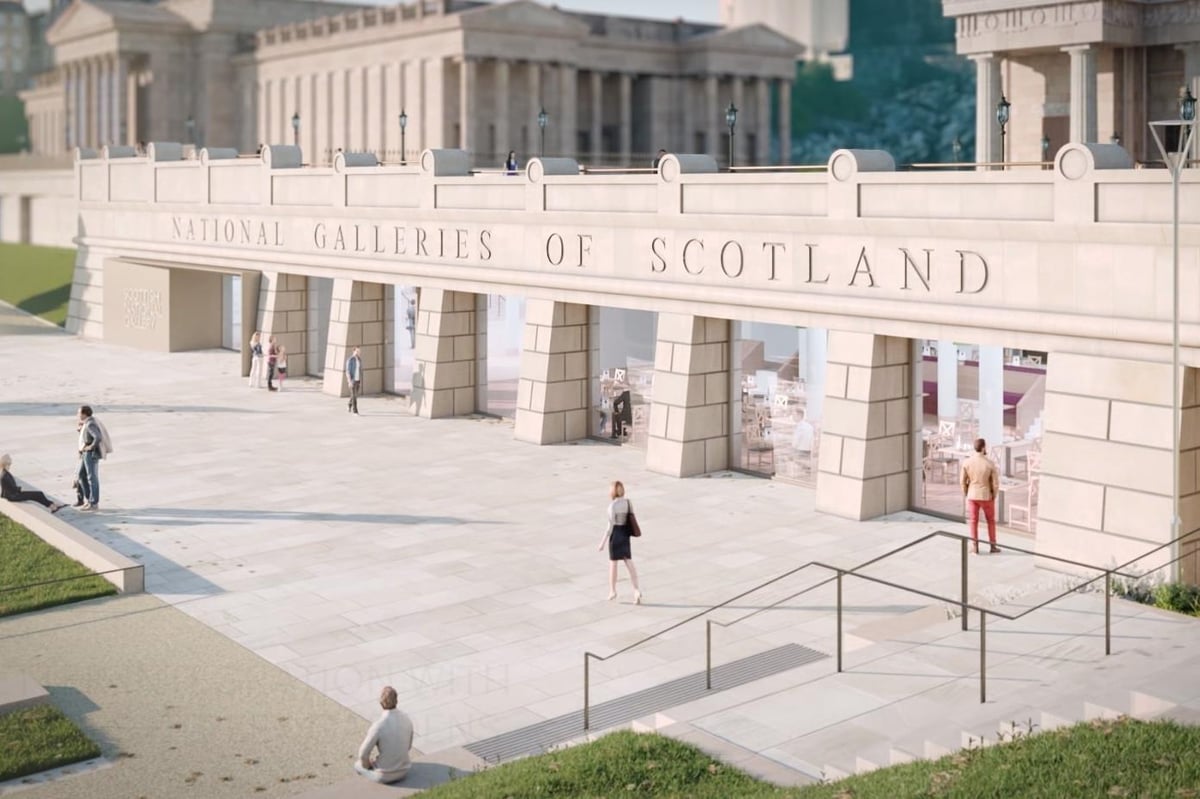 The final cost of completing the redesign of Edinburgh’s Scottish National Gallery is still unknown after plans to unveil its new look by the end of this year were thwarted.

The National Galleries of Scotland have revealed that the launch of the project, which involved digging under the historic building of The Mound, has been delayed by the discovery of ‘unexpected remnants’ of earlier developments, including ‘deeply buried layers of concrete’ .

Scottish government ‘needs to be more transparent about Covid spending’

The renovation has already suffered a series of delays due to the discovery of moisture ingress, asbestos and an ‘inadequate’ drainage system in a 1970s extension to the original 1859 building, the development scrapping of a planned extension in East Princes Street Gardens and the impact of the pandemic.

Announced in 2014, the project had an initial price of £15.3million and was due to be completed within four years.

However, work only started in 2018 after plans were re-opened and the project was scaled back due to its burgeoning budget.

A new reopening date in early 2021 had to be pushed back to the end of this year after lockdown restrictions halted construction work for months.

The unveiling of a new look for the Scottish National Gallery in Edinburgh has been postponed until summer 2023.

At the time this delay was announced, in November 2020, the National Galleries were unable to put a new cost on the project, which was valued at £22million when work began.

The final bill should not be disclosed before the reopening, now scheduled for “summer 2023”.

An official announcement from the National Galleries on the new delay said: “Teams working on the Scottish National Gallery project faced an incredibly challenging location, set in a World Heritage Site, which includes an iconic 19th century building A. rated with several major modern additions from the late 1960s.

Visitors to Scotland’s new National Gallery will be able to view East Princes Gardens from its new exhibition spaces.

“The creation of new gallery spaces resulted in extensive excavations beneath the existing building and its location on The Mound.

“The unexpected remnants of previous developments have added significant complexity to the construction work.

“These include deeply buried layers of dense concrete and other undocumented obstructions, which had to be excavated before major waterproofing work could be completed to protect the new development for the future.

Some of Scotland’s most important works of art will be on display at the new Scottish National Gallery.

“These challenges have all been successfully overcome and construction work is entering its final phase.”

Sir John Leighton, Chief Executive of the National Galleries, said: “Reaching this stage has been no small feat, given the unique set of construction challenges faced by the project, all against the very difficult backdrop of the global pandemic.

“With these now largely overcome, our attention can now be focused on preparing for a joyous and festive unveiling next year.

“We are delighted to look forward to an opening in the summer of 2023 for the stunning new spaces to be delivered by the Scottish National Gallery Project.

“They will allow our visitors to experience and appreciate the finest Scottish art in a fully accessible suite of world-class facilities right in the center of Edinburgh.”